Souss Sahara Atlantic is bounded on the north by the Marrakech - Atlantic territory, Mauritania and Algeria in the east, the Atlantic Ocean in the west and the Great South Morocco in the south. A region that extends over 34% of the Moroccan territory with an area of 339,915 km². This tourist region has two prefectures and twelve provinces, which contains the most beautiful beach and Morocco's eco-resort, 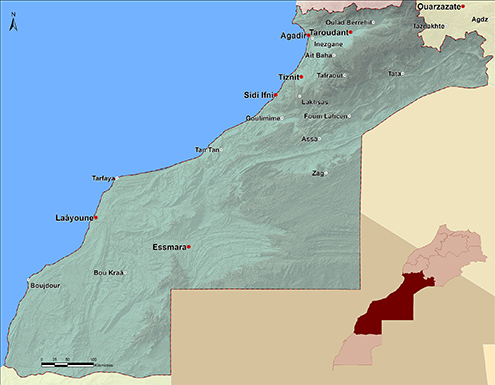